Sadly, puppy number five (ms Green) was weak, and had trouble breathing. Tried to suck out any fluids, but still she past away in just 2 hours.
On day 3, we lost Ms Blue by Fading Puppy syndrome. The following week, we thought our puppies would all die, because we could see symptoms that pointed to Canine Herpes. After the first two weeks with extra heat, extra hydration and around-the-clock watch with the puppies doing well and growing normally, we are starting to believe that the danger has past. It was most likely only a minor cold that gave them the runny noses and dehydration.

What we hope for from this litter:
We hope that the puppies will get the color, coat, mentality, expression and drive from Lava, and the angulations, chest and ears from Keios.
That’s the wishlist. 😉

What is the thought behind this litter?
To contribute to the genetic variation in the Swedish genepool while keeping and developing the exceptionality of Lava. 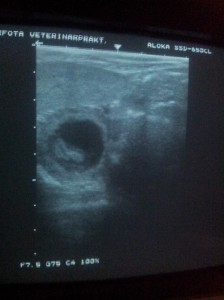 Pictures of Lava with growing belly: 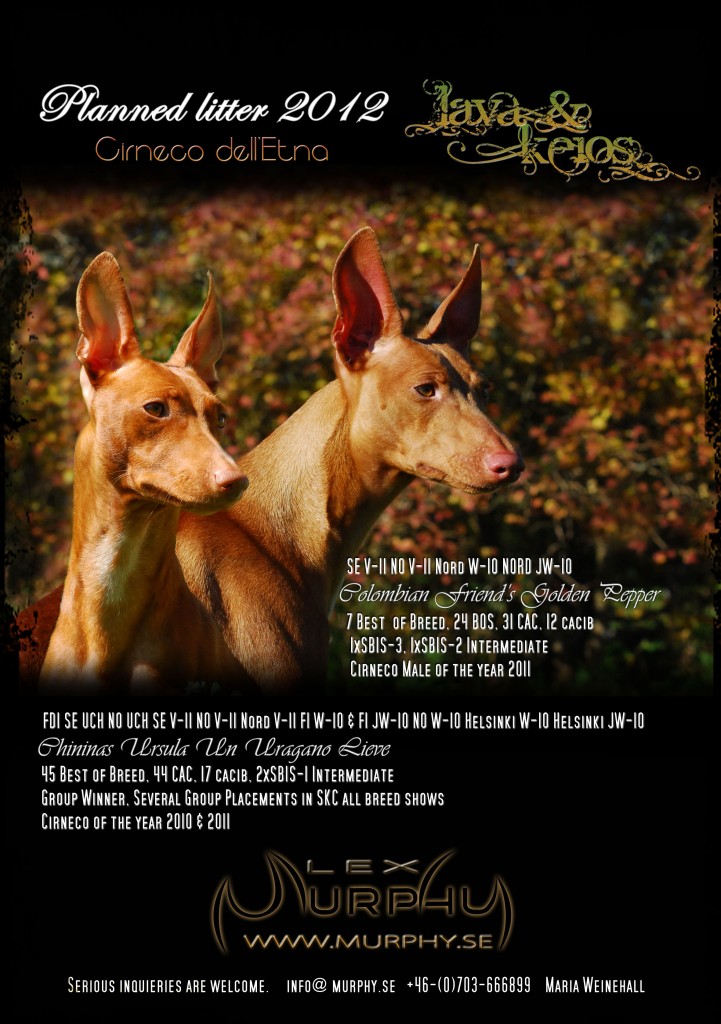