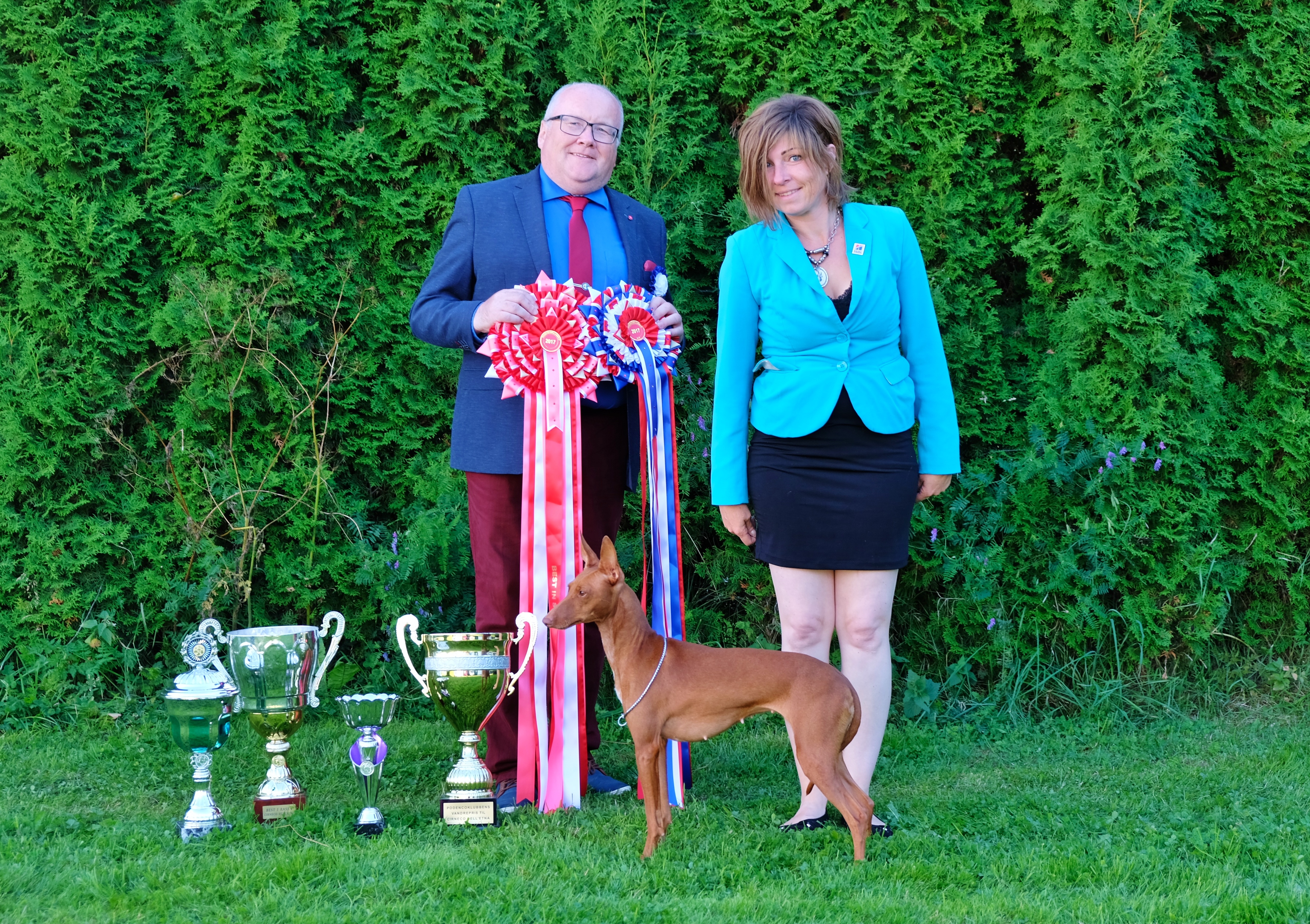 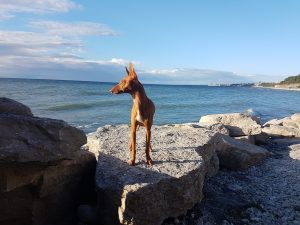 First weekend in August, Tesla and I went to beautiful Gotland Dogshows and at the second day she was placed Best of Group #2!!

Gotland/Visby is really one of our favourite shows and we hope to be back again next year.

We also stayed a few extra days to take part of the “Medieval Week”, and amongst other thing watched the Tournament on Monday evening. 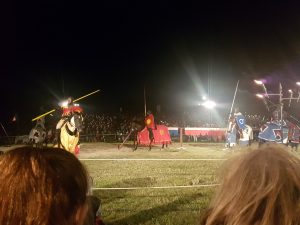 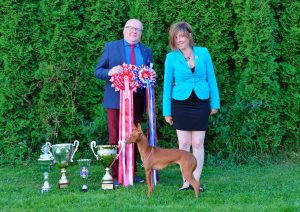 Weekend after that we went up to Gjerdrum in Norway to compete at the annual Podenco Specialty (which Tesla won last year!). We had a great day as usual, this really is a bucket list show for all that has a Podenco, Podengo, Cirneco or Pharaoh. And can you believe it – Tesla WON AGAIN!!! BEST IN SHOW for the second year in a row!!!  😯

And we are not done yet – last weekend we went to Eskilstuna NAT show. And in  tough competition Tesla actually WON THE GROUP!! Weeei!!! Tesla’s BOG1 #3 and the first one 2017.
As it happens, exactly 5 years ago on the day, her mother Lava stood at the same showground as BOG1!! Of course I couldn’t hold back the happy-tears…  😳
We stayed for the BIS-finals on Sunday, and it was a pleasure to participate. Tesla was very “hot” and I think she has showed better at only a very few shows. So I was very happy even though we were not placed. =)