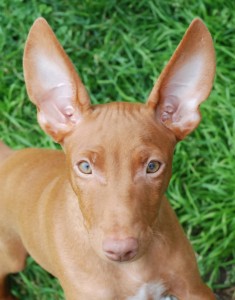 Elda is the only girl from our first CdE-litter, out of Lava and Keios. She was born 11th of May 2012.

She reminds me a lot of Lava, very independant and curious about the world. Elda was our “Houdini” when she was a puppy, getting out of the dogpen easily, climbing, digging, whatever gets her on the other side… 😉

She is a pretty small CdE, and she’s got lovely proportions, super feminine head and nice movement. She is suuuuper sweet. <3

Eldas has won many CAC, BOS and a BOB at Allbreed Shows. She got her Swedish Championship at EUSH 2014 together with the title Clubwinner 2014.

Elda lives with Mike and Conny in Stockholm, and we plan her first litter during 2015!