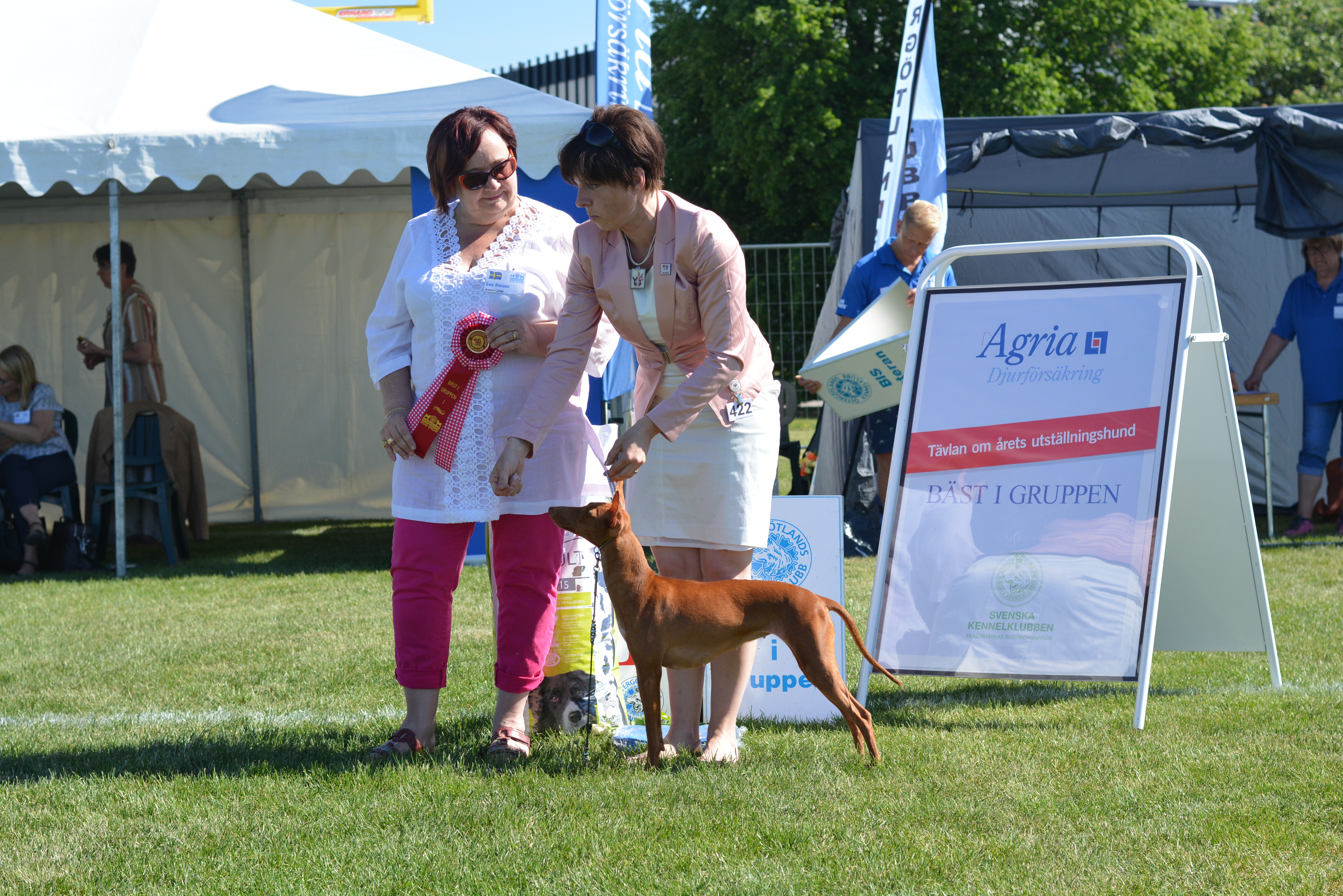 Our amazing Tesla went all the way to Best of Group at Norrköping Dog Show 2016!! Whohoooo!!!
To the sound of Gangnam Style (“OUR” song!!!) our little Tesla (Multi W Multi Ch Lex Murphy Can’t Get Enough) actually won the GROUP! So so happy!! ???✌
Also in the breed, Marley was BOS (and the judge had a really hard time choosing between him and Tesla) and Leo BM2! Big congrats to Mirka and Mathilda!! Mirka was also BOB with her Pinscher!

Super day in the sun with fantastic friends, Happy Happy Happy!!
In the BIS-final Tesla didn’t place, but we were so happy to just have the opportunity to participate. 😀
Movie from the BIS final: