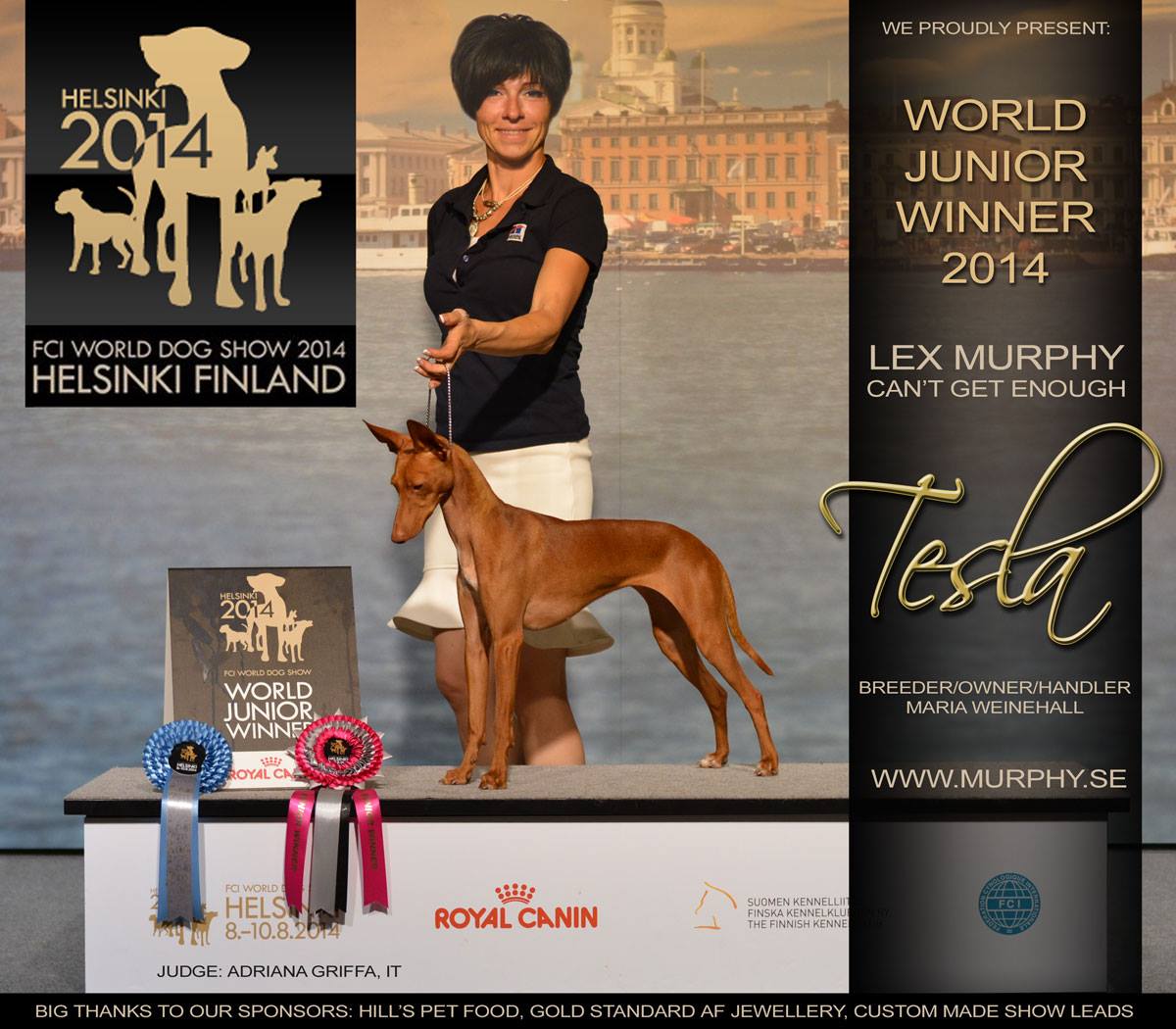 I’m in awe of the amazing results of our babies at this huge event that the WDS truly is. 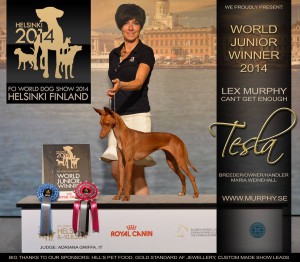 We attended the World Winner Club Show as well, held by the Finnish Cirneco & Italian Greyhound Club on Thursday, and it was so great to see Kiro and Lumo again! And so happy to meet old (and new) CdE-friends! 😀Judge was breed specialist (and breeder) Vincenzo Todaro, IT. One of the world’s 3 (!) current specialists of the breed!
Entry was a record of 53 (!!!) Cirnechi!

So far AMAZING, can you believe that ALL FOUR from the 7sins-litter got tickets to best movement?!! (If you don’t understand why I’m so happy about this, remember what I was hoping for in the litter when we decided the combination Lava & Lucky…) 😉

But wait – there is more! 😀
In the WW Club Show Finals:

And finally Lucky’s Progeny Group (entry 10 groups) with Tesla, Bacon, Kiro and Aatos was BIS 1!
Big congrats to Inka for BIS-breeder among other great results, and of course to Marjo, Pauliina, Jarkko for excellent results, I am very very proud! 😀

Big thanks to judges and friends for an unforgettable day! And of course to the organizer of the show, it was so great!

Big thanks to friends, and congrats to all your success as well!
Extra thanks to Renata! <3
And finally, thanks to our sponsors: Hill’s Pet Sverige, Custom Made Show Leads and Goldstandard AF Jewellery!

Photos in this gallery are taken by Jarkko Puikkonen, Inka Luomanmäki, Anders Eklund and myself.